father once told me the reason i have a dog is coz i am lacking love. dog obviously gives me what i need or lack since childhood. i never lived with my father and we had periods of very rocky relationship. but i had grandpa and uncle who both did excellent ‘job’ as replacment dads. for that reason i don’t have issues with man’s authority or patriarchal mentality.

when i was 4, my stray dog Žućo saved my life and lost his. to this day i remember the scene of him jumping in front of white van and him laying on the pavement. me, offering him a bread and crying for i learned in instance what death or loss is. it means, you’re not here anymore.

my moro was sent to me. from the way how he got his name to everyhing else in the past 12 years, all proved he is a god dog. as in princess mononoke movie. it is said that white dogs are healers. all dogs heal, but white ones have something special in them, they have something gandalf like in them. since the day i got him i paid utmost attention he doesn’t get hit by the car and trained him to acquire stray dog mentality – to be aware of the sourroundings. plus, he was extremly inteligent and highly emotionally evolved.

12 years multiplied by 365 days multiplied by on average 5 times a day – the moments in which i was fully aware how lucky i am to have moro in my life. i never ever took him for granted. every time i would looked at him i was in awe just how beautiful dog he is. or the correct word would be, just a perfect being.

i never loved anyone nor i will ever love anyone like i love him. the love he was giving back was out of this world. since i was a kid i felt that i will never experience true love connection with other human being but only maybe with a dog. not human sex love but the uncontidional love. the warm fuzzy love. the honest love. the ultimate surrender love.

it is a connection that requires no words. makes no promises. does no ultimatums. love is rays of sun or rain drops falling down your face or scent of flowers blooming in spring or crisp sound of fresh snow or early morning iodine sea air. love is utter abudance compeletely out of a human control.

it gives everything and requires nothing in return. love creates meaning for every particle in universe. it is the ultimate force, the mystery of everything.

i was honored to have moro in my life, same as i had žućo. they are my angles, beings from another dimensions. i often wonderd, if there is a god, a higher force or name it is as you want..than here on earth they are manifesting themselves in a form of a dog.

love is the state of being that i have when i think about my moro.

ps. one of songs that i used to sing to him and he would listen..for some reason this song makes me cry every time. to my beautiful angel moro, be happy and pls watch over me my love ❤ 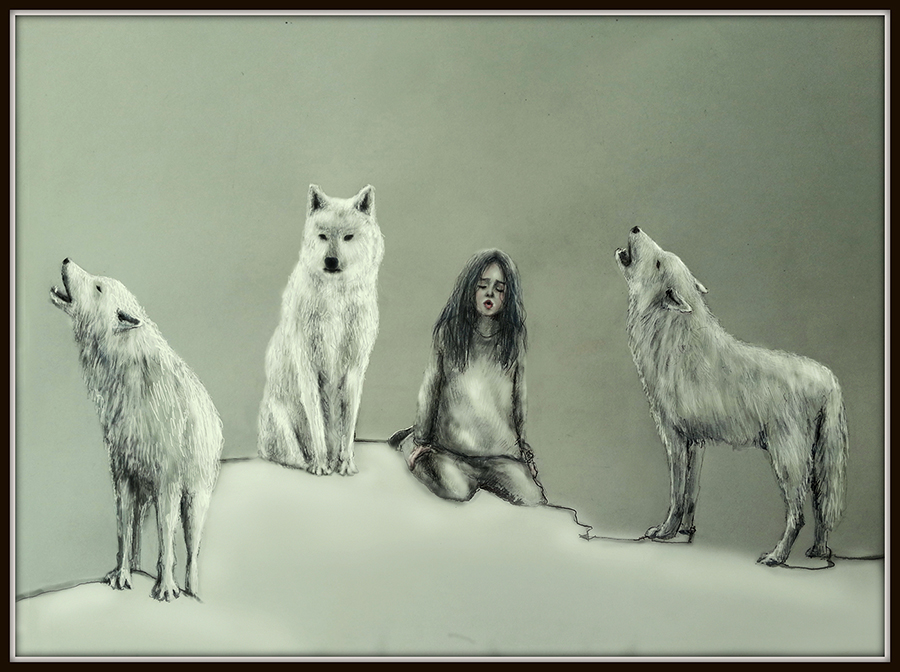 One of the first news I’ve read today were these news. And I couldn’t agree more. I’ve been doing that since I decided to ‘reinvent’ myself. Somehow, only good memories from my past life started to nurture my heart&mind. Long term memory is a valuable thing, especially when used for ‘good things’. And what could be better than pushing the play button in your head and watching a new some great movie that actually happened to you. No cinema can beat that.

For couple of months or so I’ve been watching my movie about my stray dog Žućo (meaning ‘yellow/ish’). He was my 1st dog when I was about 4-5. My granny&mum didn’t allow me to bring Žućo home so he would wait in front of the building every morning or afternoon. I would bring bread and cheese to feed him and green comb to brush his coat to make him even prettier. I’ve also taken mum’s red scarf and tied it around his neck: I saw that dogs have some ‘things’ around their necks so my Žućo also needed something like that. He was mine.

Mum and granny didn’t like the idea that girly is playing with some ‘filthy dog from the street’. Whenever they would see us 2gether, they would start yelling as if I’m doing something bad. So the two of us would hide and enjoy our time: I would be brushing his coat, cuddle him and ‘we would talk’ for hours…at least the notion of time appeared so in a life of a 4-5 year old.

Then suddenly, Žućo went missing. I don’t know how long it was. I was constantly very sad that he’s not there where he used to be. I wasn’t worried cause small kids don’t worry > at young age one has no sense of what a worry is. Time passed and after a while I finally saw him from my window. I screamed “Žućo!”, garbed piece of bread and run out as fast as I could to hug him. While I was approaching the road in haste, Žućo was standing on the other side watching me and waiting kinda nervously >> stray dogs know very well ”you just don’t run onto a road filled with cars!!”. And then, in a split of a second, I heard scary truck breaks and some awful bump sound…All I remember is a man (driver) screaming at me and Žućo lying below my feet, both of us in front of the white truck. He was still breathing, heavily and very slowly. He looked as if nothing hurts him. But looking at him lying on the road, a 4-5 year old learned in a split of a second what ‘life worry’ is. I keeled down, gently touching him trying to convince him to eat some bread…I thought that with some magic a bread will make everything better. Lots of people gathered around us but I remember just one old man who bend down, gently took my hand and said; “you can’t do anything more for him now. he’ll be ok, don’t worry. and you, where are you parents, where do you live?”. He brought me home and guess told my granny and mum what happened.  Žućo saved my life.

This movie is not a sad one for me anymore. Quite opposite >> I feel in awe that super special dog, who had no one but me, saved my life. And maybe more than once 😉

Later on in ‘ex life’ we had Kiko (hunting dog), than Moro (rotweiller). But more than 4 years ago I finally got my own dog, funny havanese bichon. I call it ‘my economical & goofy dog’ 🙂 I named him Moro cause he’s cool as my rotweiler was. When he was just one year old, he also tried to save my life: though he saw the sea for the first time, he jumped into it off the cliff! People on the beach, who took care of him while I was taking a swim, started to scream like crazy. I got their attention and saw a tiny white thing swimming towards me. My Moro looks tiny but has an enormous heart and isn’t afraid of anything…except inflatable balloons.

Just recently I discovered that Moro (which was name of my grandpa’s first dog) is the coolest character in cartoon “Princess Mononoke”. Funny how things turn out in a ‘new life’.

Why people love dogs? …cause they freely give tons of joy, warm feelings, solace, peace, companionship, true friendship, loyalty, respect, understanding, happiness…all ‘for nothing’, without conditions. I would say that dogs are far better living creatures than most people. They can surely teach us a lot about love and how to love in life.